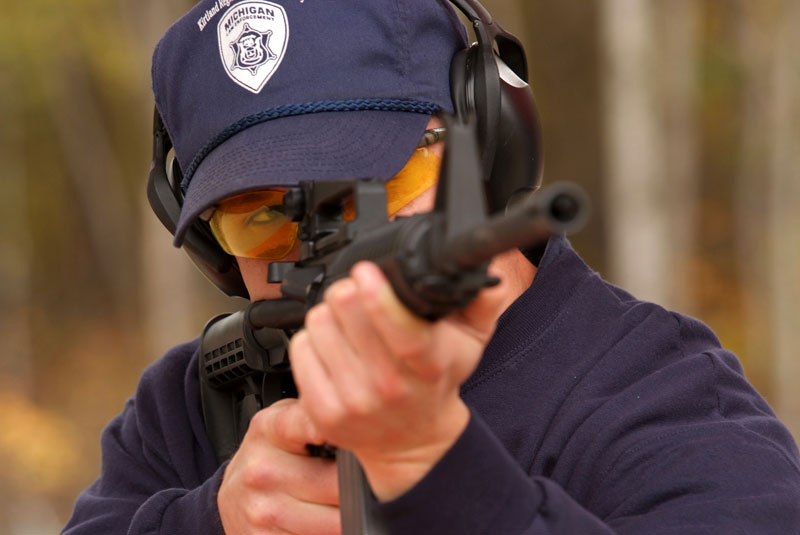 The correctional officer exam is usually the step right before the oral interview. If you do well on the test, the next phase is normally a sit down with the higher ups for an interview. There’s a lot riding on the examination as it will determine if you move ahead in the hiring process or not.

I watch movies like The Longest Yards, and I see prison guards portrayed as dumb thugs who use steroids.  I watch The Green Mile, and I see a more empathetic side to the officer, where they almost befriend and care for the prisoners.

Other movies show them as sadists who use their control to inflict pain on the inmates.  Meanwhile, television shows such as Criminal Minds have had episodes where the prison guards actually become so close to the prisoners that they are turned into criminals.

Most of the corrections officers I’ve met are diligent, hard-working men and women who are focused on protecting both the inmates and the rest of society.  They see their job as fulfilling a need for the rest of society to ensure that dangerous offenders are kept off the street, and also given the chance to rehabilitate.

Two questions are common from reader of this blog, the first one I get asked quite often is “do you have to take a physical fitness test in order to be a correctional officer.” The second most frequently asked questions is how’s the corrections officer exam differs from that of other law enforcement agencies like that of a police officer, and/or probation/parole officer.

A lot of people figure that the tests are similar, but in reality they are vastly different.  While both corrections officers and police officers are there to enforce the law, they enforce it from opposite ends of the system.

A police officer needs to be aware of the law at all times, and understand how it fits into the real world where, for the most part, the law is followed.  Beyond this, police are trained on doing community outreach, protecting crime scenes, and issuing citations and misdemeanors.

The corrections officer test focuses on 4 distinct areas – reading comprehension; spelling and grammar; math; memory; and situational judgment.  The first 3 areas are tested largely for administrative purposes, as corrections officers have a number of reports to fill out daily, and need to use basic math and reading skills in the practical aspects of their job such as population counts and security rounds. As well, the situational judgment is logical, as the officers are going to be forced to identify problems, and the best method of dealing with them, each shift.  However, it may not be clear exactly why the memory test is included.

I think the reason most people don’t understand the inclusion of the memory test is because they really don’t understand the job of the corrections officer.  Officers are given tasks each day that involve remembering which inmates are in what area of the prison, who has (or has lost) their privileges, and other items.

I have always found the memory tests to be similar to those you see in children’s activity books.  Sometimes, you will be shown a picture.  You will have two minutes to memorize all aspects of the picture.  After your two minutes is up, the picture will be taken away, and you will be asked a series of questions.

This is an activity that many children do, and it uses the visual memory processing of your brain.  This activity will be replicated by officers in their daily work, as they are asked to remember and describe incidences or inmates in their reports.  The accuracy of these reports needs to be beyond question, as they can have a distinct influence on the inmate’s experiences in prison.

The other type of questions on the memory test are written out.  I find that most people don’t read these questions, and often make dumb mistakes.  You will be given a short story to read, and after the time limit is up, you will be asked questions about what you read.

Again, this is a very practical test.  Often, officers will be given briefs on new prisoners or specific instructions due to changes in regimen, and they need to be able to read and remember the details of what they read.

What you need to remember about this part of the test is simple – figure out how you best remember things.  You can’t study the pictures ahead of time, but you can practice to improve your short term memory before the actual test.  Practice and figure out what works best for you.  The worst thing that can happen is that you are not confident in your technique, as this will only increase your inaccuracy.

I realize that this memory test is an aspect of testing that does not take place.  By now, you should have an idea of the basics, but if you are looking for more details, I’ve put together a great study guide.  You can access it here.  You will find practice tests from all five areas of the test, and specific hints and techniques for the memory section as well.

Honestly it really doesn’t matter if you’re aiming to be a prison guard, county jailer, or a detention officer inside a state/federal prison. The interview questions will likely be similar as inmates have similar habits. Therefore, be prepared for questions like “why do you want to become a corrections officer” or “what are the duties […]

The job of a corrections officer is ideal for individuals who prefer working in an environment that is relatively quiet and has very little exposure to noise pollution, with the competency and ability to deal appropriately with people from any race, religion, socio-economic background, age, culture, and nationality. If you think this is the perfect […]

Have you ever wondered what it’s like to work as a correctional officer in a county jail, prison, or maybe what it takes to become one? As someone whose been in law enforcement for over 10 years, I can tell you that there are some people who don’t care about upholding the law, and unfortunately, […]