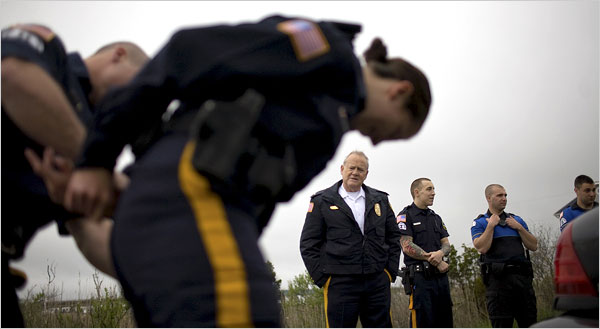 Statistically speaking, New Jersey is pretty much an average state when it comes to crime. But it still had more than 25,700 violent crimes reported in 2012, especially in Newark which is considered as one of the most dangerous cities in America. That city had 111 homicides for 2013. If these numbers upset you, perhaps you can make a difference by being a cop in New Jersey.

New Jersey has a long history of appreciating the value of safe streets. Because of this, New Jersey has always been among the states which are most appreciative to its police officers in terms of salaries. One 2010 news report even proclaimed that the New Jersey police salaries were the highest in the nation, with a median salary of $90,672. To put things in perspective, average rank-and-file police officer in the US earns 27% more than the average resident. In New Jersey, they earn 55.3% more. But in recent years, budget problems have forced many police departments to reduce the number of police officers.

The Occupational Outlook Handbook, 2012-2013 Edition (a publication of the U.S. Department of Labor, Bureau of Labor Statistics) reported the following median salaries for the three basic types of cops in New Jersey:

The latest Compensation Compendium issued by the State of New Jersey Civil Service Commission for the fiscal year 2014 showed that a police recruit now will earn $40,000 per year.

Becoming a Cop in New Jersey

In New Jersey, about half of the law enforcement agencies hire new officers according to local ordinance or regulation. The other half fall under the Civil Service (Department of Personnel; Title 11) regulations. These include the following police departments which are continuously looking for new recruits:

The police academy requirements in New Jersey are the same for every municipal police job, and so are the application procedures. This is mandated by the New Jersey Civil Service Association.

Here are the steps you need to take:

You need to pass all five of these tests, and failing one of the tests means you fail everything. There’s no retesting as well. You also need to do these tests within 20 weeks of the orientation day at the academy.

As you can see, getting into a police department in New Jersey can be a bit complicated. The physical fitness test standards are also quite daunting as well. You really need to learn how to prepare for the police academy and that means you need comprehensive review materials like the Prepare for the Police Academy manual written by an actual cop with a degree in psychology and who is also a certified personal trainer. Every step of the way will be explained, and you will get tips to maximize your chances. Failing a single step means failing everything, and you will need all the help you can get.

How To Become a Cop in Alabama

Becoming a cop is one of the best ways to serve your community, and if you are in Alabama they’ll probably have a great need for you. Alabama has a crime rate that’s higher than the national average. In 201, Alabama had 4,026 crimes compared to the national state average of 3,169. The national state […]

Becoming a police officer in Oklahoma can give you a stable career, decent pay and lots of perks and benefits. Getting accepted into a police academy in Oklahoma, however, is a tough task that you have to prepare well for. But before even thinking of entering the police academy, you should first familiarize yourself with […]

Wisconsin is fortunate because crime statistics in this state shows a downward trend in crime based data from 11 years when violent crime and property crime were increasing. From the data gathered from the report, Wisconsin’s crime rate in 2014 is expected to be lower than in 2010. At that time, the crime rate in […]