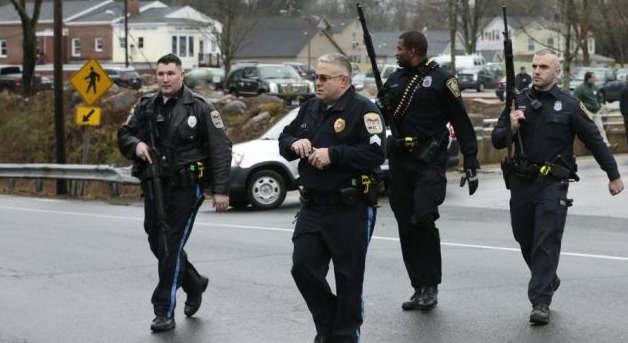 Nebraska may seem like a nice and quiet state and in some ways, it is. It has lower crime rates in general than the US crime rate average, and part of that is because it has one of the best employment rates in the country. But it’s still not nirvana, since 53,911 crimes were reported to the state’s law enforcement agencies in 2012.

The State of Nebraska has the following rules for admission to police departments in the state, although some police academy requirements in Nebraska may be more stringent.

Before you can even begin to train in the academy, you’ll need to take a series of physical fitness tests. You’ll take them one after another, with just a minute or two for rest in between. These tests will have its own physical fitness test standards depending upon your age and gender. So if you are a man whose age is between 21 to 29 years old, you’ll need to perform the following:

While you are undergoing Academy training, you will also need to perform 36 different types of tasks. You’ll perform all these tasks on your first week of training, and you will have a second chance to pass if you have any tasks that you were unable to perform. Fail any one of these tasks twice, and you won’t receive your basic law enforcement certification.

If you are planning to be an Omaha police officer, you’ll be earning the equivalent of $41,537.60 as a trainee. The Omaha Police Department has its own Academy, and you will have to go through training and instruction that lasts for 24 weeks. While the state of Nebraska requires at least 459 hours of instruction, the OPD Academy provides 760 hours so that you are better trained for a metropolitan area. You will really have to be fit to survive the training, because it will include a lot of defensive exercises, firearms training, and physical fitness training. You should expect to do a lot of running every week.

After those 24 weeks of training, you’ll then have to go through 15 weeks of field training

If you do pass the Academy, the pay jumps to $49,358.40 on your first year. Don’t worry about earning your money, since Omaha is the most populous city in the state. Half of all murders in Nebraska occur in Omaha. So expect to be always on your feet here.

The Lincoln PD has only about 300 officers, and the current annual officer pay range is from $46,419 $65,619. To join, you’ll first need to pass the written exam before you take the physical fitness test, which is on the same day.

The physical fitness test follows the state requirements in general, although the difference is that you have to perform a 120 yard shuttle run instead of a 300 meter sprint.

After that, there’s an interview, then a basic education test, drug screen, medical and psych evaluation, and a polygraph test.

Bellevue doesn’t even have a hundred police officers, but if you are aiming to be one of them you can always apply. The state requirements are used, but they expressly state that preference is given to college degree holders or military veterans.

Their applicant processing is handled by Morrow & Associates, which will give you a written exam and a physical agility test before you can proceed further.

The Grand Island PD follows the state minimum requirements for law officers, although they do prefer college graduates. There are 8 steps to the selection process, and it includes a couple of background checks, a physical fitness evaluation and a medical exam, a civil service exam and a panel interview.

The Kearney PD follows the state minimum requirements for police officers. You can register with the Civil Service Commission to take both a written exam and a physical agility exam. You can then complete a City of Kearney Application for Employment.

You can also apply employment in-person at the City of Kearney’s Human Resources Division.

Your best recourse is to get a comprehensive review material, such as the Prepare for the Police Academy review manual. It gives tips for each step of the process. It was written by someone who not only passed the tests himself, but who also has a degree in psychology so he knows how to get you to focus and prepare for the exams. He’s also a certified personal trainer, and he is also a strength and conditioning expert. He can get you physically prepared for the arduous physical fitness tests.

Become a Police Officer in Colorado

When Colorado legalized the recreational use of marijuana throughout the state, opponents of the move predicted doomsday scenarios in which crime rates would skyrocket. Instead, the opposite happened and the crime rate actually dropped. In Denver, for example, the overall property crime dropped by 14.6%. Violent crime fell by 2.4%, with murders dropping by a […]

Becoming a police officer in Oklahoma can give you a stable career, decent pay and lots of perks and benefits. Getting accepted into a police academy in Oklahoma, however, is a tough task that you have to prepare well for. But before even thinking of entering the police academy, you should first familiarize yourself with […]

How To Become a Cop in Georgia

Studies show that the number of people applying at the Atlanta Police Department is increasing, and while becoming a cop is an exciting prospect, it is also very challenging and demanding physically and mentally. If you want to take part, you need to apply at the Georgia Peace Officer Standards and Training Council (POST) before […]